Born in Hammersmith, West London, Stuart Davison was converted in his teens while on holiday in the West Country. In the 6th form at school he started and ran the Christian Union, and was thrilled to see some of his friends being converted and coming to Sindlesham Baptist Church, where he attended.

On leaving school he felt a call to Christian ministry, but initially worked for three years for John Lewis Partnership, gaining preaching experience meanwhile in the Sindlesham area. From 1977 to 1981 he trained at Spurgeon’s College, prior to being called to the pastorate of Rye Baptist Church, just about as far east in Sussex as you can get. After nine years there he was appointed Sussex Baptist Association Missioner. In 1995 he moved to Merseyside as minister of Maghull Baptist Church, where he remained until returning to the South East (in 2007) to take up the post of Regional Minister Mission Enabler.

In addition to his various pastoral roles, he has had considerable experience in radio and TV broadcasting, jointly headed up the ‘Protect Christmas Day’ campaign which led to the Christmas Day (Trading) Act 2004, and has traveled widely in Europe, Africa, Australia, the USA, Israel and Afghanistan.

He and his wife Gill, a music teacher working with, among others, special needs children, have three sons, Joe, Dan and Josh, and one daughter, Ellie (all grown up). He plays badminton every week and football as regularly as he can. 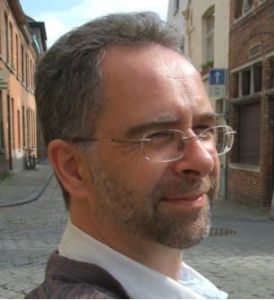