Since October 2009 Paul has taken up the role of the second Regional Minister in SEBA, working alongside Regional Team Leader Revd. Stuart Davison. His particular responsibilities are to pastor Baptist ministers and churches in and also develop and coordinate the work of the nine Baptist Networks (around 150 churches) in SEBA. His role also includes overseeing Baptist ministerial development in the Association, particularly with those considering Baptist ministry and Newly Accredited Ministers.

Paul was born and brought up in Wandsworth, where he was a keen member of his local Boys’ Brigade Company. In his later teenage years he started going to church more regularly and in 1979 he became a Christian at the Filey Holiday week. In 1981 he was baptised and from that point onwards the Lord clearly directed him to train for full-time Christian ministry.

With little Biblical knowledge or understanding he left his profession as a local authority accountant in 1982 and attended the to gain a general understanding of the Bible. It was whilst he was at the L.B.C. that he received the call to Baptist Ministry. Doors then began to open for him to train at Spurgeon’s College for Baptist Ministry on leaving L.B.C. Paul has been a minister in four Baptist Churches – Earlswood, Erith, and Aldwick.

Paul is married to Pam and they have two grown up children, Sarah and David. Paul and Pam enjoy travelling, walking and visiting friends. They live in Tenterden, Kent. 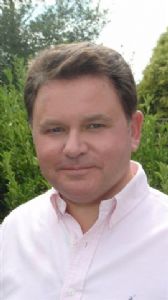