Born in Brighton, Michael has served as a Baptist Minister since 1976. He was Minister of Horley Baptist Church from 1976-1985, and Emmanuel Baptist Church, Gravesend from 1985-2016. Michael is also a broadcaster, and hosts two shows each week on Premier Christian Radio. Michael’s interests include photography and family genealogy. Michael now lives in Ebbsfleet Garden City in North Kent, where the SEBA Kent Thameside Project is based. 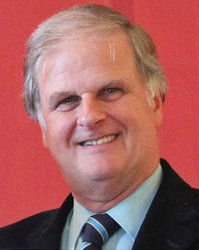