Born in Preston Lancs. Jerry joined Essex police as a cadet in 1970 and went on to complete over 26yrs service. With no Christian background, Jerry’s daughter invited him to  her first Nativity Play which was his first time in a Baptist Church! Despite it not being a macho Police thing to do, Jerry did start to engage socially with his local Baptist Church.

In 1982 Jesus blessed both Jerry and his wife by saving them at the same time during a service at Leigh  Road Baptist Church, Leigh on Sea Essex under the ministry of the Revd Geoff Fewkes. Jerry was baptised and went onto become a Deacon with youth work responsibilities and he joined the local lay preaching team.

Under the ministry of the Revd Roger Martin, Jerry and his wife went forward following a call to serve. In 1998,  following a direct call from God to leave the Force early and work for Him full time, Jerry, through the Spurgeon’s Church based student ministers training course,  settled at South Ashford Baptist Church, Kent.

In 2008 Jerry was called to Zion Baptist Church Tenterden Kent, and was there until his retirement from Church Ministry in 2018. In 2015 Jerry joined the Regional Ministry Team on a half time basis where he now supports the nine Regional Networks, small Churches and Church plants.

Jerry is married to Maureen and has two daughters and two grandchildren. He plays golf and is a lifelong aircraft enthusiast. 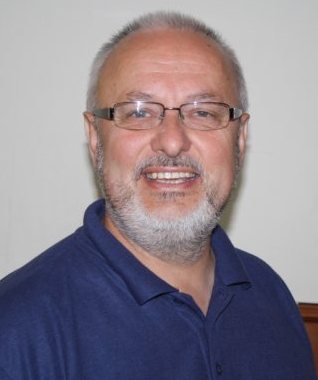